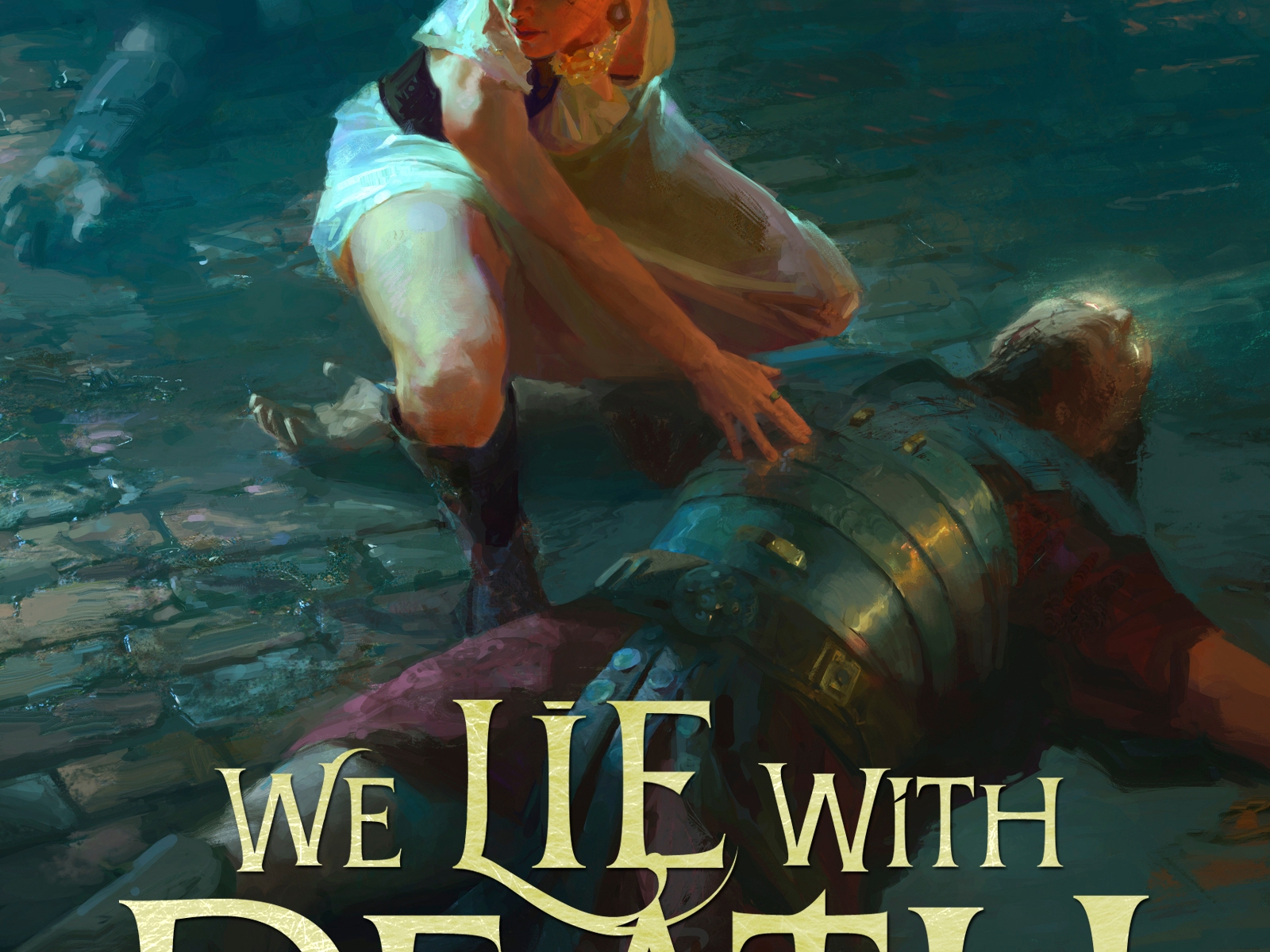 It’s not often you get a sequel of this caliber that’s worth shouting about. Having reviewed We Ride the Storm here, I was fortunate to receive an ARC of this tome before it was snapped up by an agent, the Julie Crisp Literary Agency, and pulled from its launch date. Yet another Self Published Fantasy Blog Off break out. Thrilling news!
This incredible author couldn’t remain our secret for long. (As though shouting about We Ride the Storm in 5 star reviews and the finalist status it has reached in SPFBO4 could keep something this good under wraps.)
It’s always the best feeling to see a break out in this competition. Many congratulations to Devin Madsen and this page will be updated with her publication dates when set. 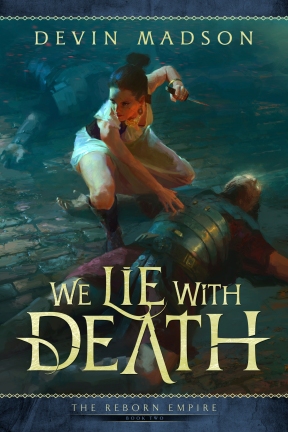 Now on to this amazing book. In We Lie with Death, we find the all the players in action, their loyalties divided, and the situations of each have dramatically changed. This presents a whole new set of friction as loyalty and betrayal play a huge part in how the story arc will proceed.

I am a huge fan of the chapter POV for each character and love the icons which signal the POV change in this series. Even though you want to scream at the book to continue with the current characters as you turn the page. It’s so well written though, that your frustration is forgotten in one paragraph and you are riveted once more in a blink.

Rah e’Torin’s arc remains the anchor and joins sections of the story. His remarkable stubbornness about the core of the Levanti and what they are, are highly divisive among his people.

Empress Miko Ts’ai’s story of determination plays out as she flees from detection while she still seeks to unite her people against all invaders. Not knowing who to trust, she is quite accidentally joined with Rah e’Torin, and it changes them both irrevocably.

Cassandra Marius and the passenger within her body are now the subjects of the witch doctor she thought would free her of her burden of soul sharing forever. Torvash, her witch doctor, is a mystery even to those closest to him. Labeled for the first time as a Deathwalker, we find many gifts both within elderly Kocho, and the mute assistant, Lady Saki. There are others who work with the ancient God-man, and Cassandra learns from him that there have been others like herself. His scribe Kocho is a wealth of information and there is a great twist here involving the deposed, but surviving, Empress Hana Otako. Two more stubborn women thrown together are hard to find. It makes for great dialogue and even with all the death, there are moments of levity as they spar.

Dishiva e’Jaroven is a captain of the second swords of the Levanti, who finds herself elevated to Commander at the side of Gideon e’Torin who has proclaimed himself emperor of Kisia. Gideon’s vision of a mingling of the Kisians and the Levanti is compelling, but not enough to sway the most stalwart Levanti from their code of honor as Swords of the Levanti.

The prose is crisp, clear, and moving. I found myself unexpectedly re-reading the entire volume after consulting my notes. A sure sign that a book is unputdownable. Devin Madson will be a familiar name in any lists of the best Grimdark writers publishing today.
About the book:
Into Kisia’s conquered north, a Levanti empire is born.
Loyal to the new emperor, Dishiva e’Jaroven must tread the line between building a new life and clinging to the old. Only Gideon can lead them, but when he allies himself with a man returned from the dead it will challenge all she thinks she knows and everything she wants to believe.
Now empress of nothing, Miko is more determined than ever to fight for her people, yet with her hunt for allies increasingly desperate, she may learn too late that power lies not in names but in people.
Rah refused to bow to the Levanti emperor, but now abandoned by the Second Swords he must choose whether to fight for his people, or his soul. Will honour be his salvation, or lead to his destruction?
Sold to the Witchdoctor, Cassandra’s only chance of freedom is in his hands, but when her fate becomes inextricably linked to Empress Hana, her true nature could condemn them both.
There is no calm after the storm.

The Vengeance Trilogy, In Shadows We Fall -2017 Aurealis Winner Short story, and The Reborn Empire are all set in the same fascinating world. 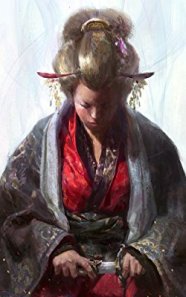 Devin Madson has given up on reality and is now a dual-wielding rogue with a lot of points sunk into stealth and lock picking skills. A completionist at heart, she works through every tiny side-quest and always ends up too over-powered for the final boss. She is still waiting for her Hogwarts letter (a total Ravenclaw) and dreams of flying away in the Tardis.
Anything but zen, Devin subsists on tea and chocolate and so much fried zucchini she ought to have turned into one by now.
If you’re after happy, fuzzy tales then you’ve come to the wrong place. Her fantasy novels come in all shades of grey and are populated with characters of questionable morals and a liking for witty banter.

Click any cover to purchase any of available the titles in The Reborn Empire. 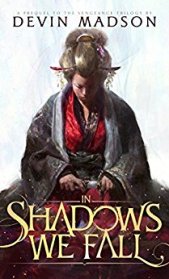 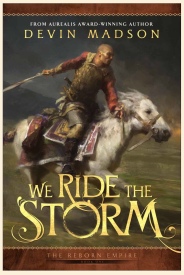 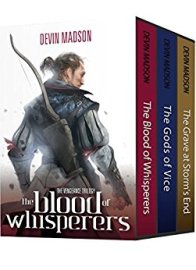