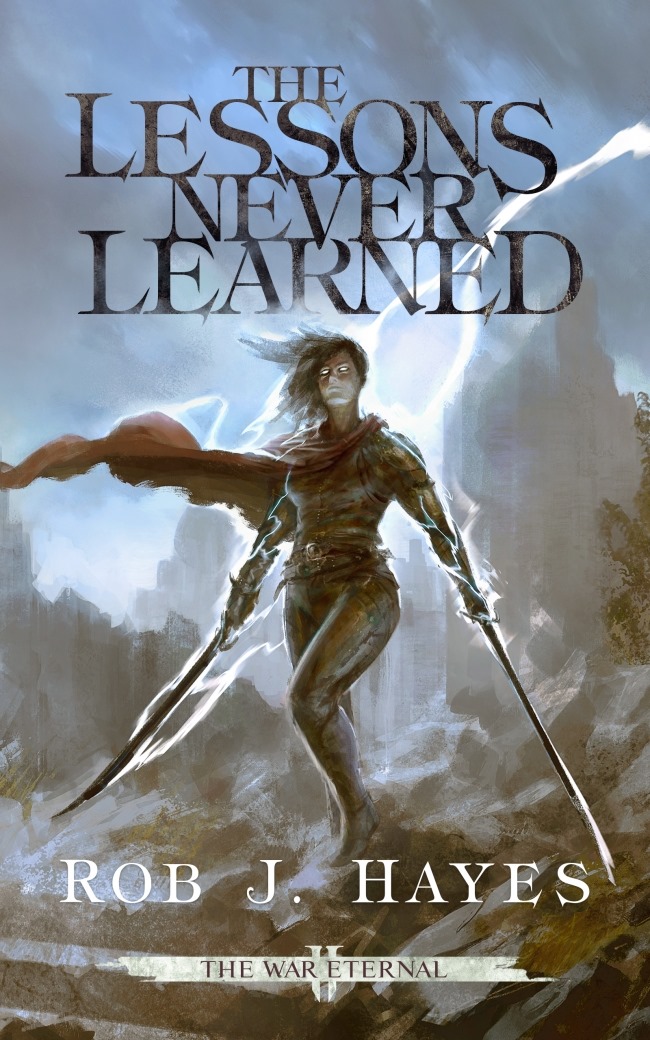 This seamless epic trilogy, and rapid release publication schedule, is a dream come true for readers and reviewers alike.

It also takes a tremendous amount of work. It took Hayes quite some time to build this the way he needed to. His recent blog post about the trilogy, and about how this book in particular became “The book that nearly killed me.” Rob explains how this story came to be, and how book 2 was reworked, before he felt he could finish it and then later, could publish the trilogy. The entire epic was written in 2017 and it is his first novel written in first person. A risky move, and the main POV is a woman. Neither is an easy task, but Hayes has really made it work.

Like the first volume, the last lines, and abrupt ending, leaves us dangling with a staggering revelation which makes you want the next book that very second.  There is the easy flow of an experienced writer in this trilogy. It allows us to step into this world, experience it with the main character,  and see her changing through the actions and words of other characters.

In The Lessons Never Learned we find Eskara as bent on revenge as ever. She’s a fully fleshed out study in vengeance incarnate. Her character draws you through the pages into the fast paced events, staggering revelations, heartbreaking regrets, and her deeply hidden secrets. Admittedly, Eskara isn’t easy to like. Her decisions are rash and impetuous, and in most cases, very dangerous. Eskara herself is danger to them all.

I fixed him with a cold blue stare then. “How would you know what I think?” I could have been a bit less of a bitch, but I’ve always played to my strengths. – The Lessons Never Learned

Eska’s companions are very well written, becoming the focus of the tale in turns. As they follow Eskara’s lead, it becomes apparent that they do so at their own peril. Even Eskara can not fathom why they stay with her.

Tamura, the enigma, with his seeming madness and endless riddle answers, quickly became a favorite for me in book one, and continued to do so in book two. There is more to this crazy old man than appears. Eskara knows this, but can’t unravel his mystery. His wisdom, knowledge, and skill are convoluted and come at odd moments, punctuated by giggling. His sense of self preservation is rivaled only by Eskara’s and she has gleaned enough from the old man, to know that there are deeper, hidden meanings, in his apparent nonsense.

Hardt is complicated, and conflicted, as he is stricken by grief and sickened by his own berserker violence. It is something he keeps tamped down and hidden from others. A giant of a man, even in the Pit his gentle nature is at war with the violence he can, and does, inflict.

A new companion is a little thief named Imiko, who runs afoul of the trio and inadvertently chooses to stay with them. She quite unpredictable with a tendency to vanish when things get dangerous. We are again wowed with a new setting, the wildly imagined flying city of Ro’shan. The home to a god. This is where the story gets crazy good in my opinion.

The Lessons Never Learned is now available in ebook and paperback. just click the cover below. Book One, Along the Razor’s Edge is currently on sale for $.99. Jump in and get your next stay the F at home read! 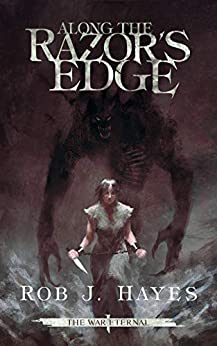 I am the weapon.

Eskara is free of the Pit, but far from safe. She is beset by the ghosts of those she has killed, and plagued by the ancient horror that possesses her. Enemies dog her heels, determined to see the last Orran Sourcerer dead. Worse still, there is new player in the game, one far more dangerous than anything she has faced before.

But there is one place that might offer her both the safety she needs to survive, and the power she needs to strike back; Ro’shan, the flying city , home of a God.

Eska will soon learn that all power comes with a cost, and some prices are too high.

Having served in a hundred different offices as a keyboard monkey Rob J. Hayes finally decided to follow his life long passion of daydreaming. After writing a small horde’s worth of short stories, he released his debut dark fantasy trilogy “The Ties that Bind” in 2013 as an indie publication and followed it up with the steampunk caper “It Takes a Thief to Catch a Sunrise” in 2014.

One Reply to “The Lessons Never Learned (The War Eternal #2) By Rob J. Hayes”