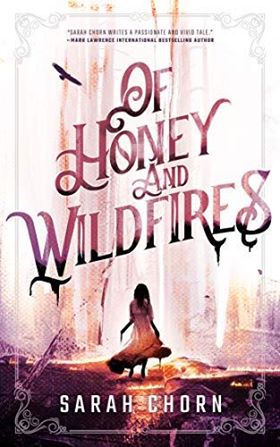 A Whirlwind of Emotion.

Of Honey and Wildfires is a soul baring story. The characters are broken and remade in so many ways. The author has again poured herself into the story and the result is amazing.

The story is based on magic. Loads of it. The Shine. The wells of crude Shine and the territory where they are found. It comes at a cost though. Powerful in a crude state, addictive to those who drink it, it eventually destroys them. It also contains healing and strengthening properties. A double-edged sword, those who benefit from its healing, also must face withdrawal from it. Providing even heat and light, it is in nearly everything, even food and water is often supplemented as well.

All of the territory is owned by the Company. All owned by Matthew Esco. Contained within a magical boundary created by Matthew himself. Now it’s depended upon by the world at large, and though the magic is a constant, it doesn’t control events so much as saturates them. It was Shine that created the maelstrom in which Cassandra, Arlen, and all those they love find themselves.

There are two main points of view in Of Honey and Wildfires. A third though, Ianthe, isn’t entirely relegated to the background. Her journey is devastating. Cassandra and Arlen, the main characters, take turns in telling us their stories which come closer and closer until…

But that would be spoilers.

Both character lines are riveting, yet quite different. Cassandra is dealt the blow of losing her parents and living with her aunt at age five. After her mother’s death she and her father live wild as her father is a wanted man, but he realizes it is no proper way to raise her, and takes her to his sister Annie. Cassandra doesn’t look like the folks of the territory and is treated with hate and derision for both her appearance and her father’s crimes. It’s well known in Grove that Cassandra is the child of Christopher Hobson. Her only ally is a fierce but delicate girl named Ianthe, and Cassandra loves her with all her heart.

Arlen Esco is heir to the Shine fields owned by his father. He’s been raised outside the boundary in wealth and luxury, with a fine education. Sadly, he was isolated, is adrift and lonely. His father, a cold man, has never shown him kindness or love. In fact, he’s never even touched Arlen. Now at age 20, an accountant for the company, he’s going into Shine territory for the first time.

Sarah Chorn has a way with words that make even the most heart ripping events a thing of beauty. Sarah is a freelance editor, and having read many of the works she’s done, I can say that she knows her stuff. Now an author as well, she exhibits a tremendous mastery of language while conveying deep emotions. The characters drive the story and the world buildingis excellent. The descriptives are more like things which blaze off the page as more than just a load of purple prose. It’s lyrical and heartbreaking at once. With staccato bursts of short chapters and short lines that hit their mark every time.

What I remember most about my father are his hands. Rough and calloused, scarred from a life spent in the mountains trapping and hunting, foraging for his next meal. His next day. I used to run my fingers over them, marveling at the stories that were written into his chapped flesh. I will tell you this: Home is not a place. Home is an architecture of bones and a steadily thumping heart. Home is where dreams are born, and monsters are put to rest. It is where the soul can unfurl like the petals of a flower and find succor in the golden blush of each new day. Home was my father’s arms. When I was in them, I knew nothing in the world could touch me. 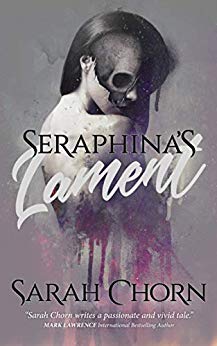 I was undone completely by the story itself. A very emotional ride is in store for readers. It isn’t for the faint of heart. If you love well written fantasy that has you so invested you may need a box of tissues, then this is the book for you.

I found her debut novel, Seraphina’s Lament (The Bloodlands #1), to be heartbreaking and beautiful as well. A fine mix of magic, gods, and horror, which I highly recommend. You can read my review here.

Both of these books have a really great fantasy story arc within and I’m looking forward to her continuation of The Bloodlands with anticipation.

From the moment the first settler dug a well and struck a lode of shine, the world changed. Now, everything revolves around that magical oil.

What began as a simple scouting expedition becomes a life-changing ordeal for Arlen Esco. The son of a powerful mogul, Arlen is kidnapped and forced to confront uncomfortable truths his father has kept hidden. In his hands lies a decision that will determine the fate of everyone he loves—and impact the lives of every person in Shine Territory.

The daughter of an infamous saboteur and outlaw, Cassandra has her own dangerous secrets to protect. When the lives of those she loves are threatened, she realizes that she is uniquely placed to change the balance of power in Shine Territory once and for all.

Secrets breed more secrets. Somehow, Arlen and Cassandra must find their own truths in the middle of a garden of lies.

Of Honey and Wildfires publishes on April 28, 2020

Sarah has been a compulsive reader her whole life. At a young age, she found her reading niche in the fantastic genre of Speculative Fiction. She blames her active imagination for the hobbies that threaten to consume her life. She is a freelance writer and editor, a semi-pro nature photographer, world traveler, three-time cancer survivor with hEDS, and mom to one seven-year-old, and one rambunctious toddler. In her ideal world, she’d do nothing but drink lots of tea and read from a never-ending pile of speculative fiction books. She has been running the speculative fiction review blog Bookworm Blues for eight years. You can find her on Twitter @BookwormBlues.