Laying The Fears of A Reboot To Rest…

​Fans have had little more than year to try to adjust to the death of David Bowie on January 10, 2016, and it has been six months since news leaked that there was a new director in production for the beloved fantasy film Labyrinth. Released in 1986, and celebrating it’s 30th anniversary last fall, there has been another resurgence of interest in the incredible art and puppetry that made the film a classic in Fantasy entertainment. 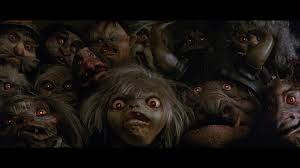 For fans, their worst fear was a remake, and there was a resounding upheaval of negativity from the fantasy community upon the announcement, believing a reboot was the studio’s intentions. If you missed the input from Henson Co. studios and the recent comments of new director Fede Alvarez in the past few months, let this overview set your mind at ease.

This project is not a remake. It is a universe expansion based on the world within the story and the delightfully interesting characters therein. A revealing interview with Brian Henson of Henson Co. has reassured us that a remake is definitely not what is happening . The interview in September 2016 by Nerdist during the 30th anniversary celebration of Labyrinth. Henson’s comments reveal the general poor reception of Fantasy film projects in Hollywood and how that contrasts with the creative open reception they received while based on the U.S. east coast and the in the U.K.

So does the Henson Company plan more fantasy films or television shows in the near future? Or is there still opposition from Hollywood to producing fantasy films? Henson seems to think there is, saying,

“It sometimes seems like it. My father moved the headquarters of the company to Hollywood about a year before he died [in 1990], and in some ways that hurt us to produce more fantasy. It was easier to produce fantasy when we were New York and London based, because Hollywood doesn’t generate fantasy very well. When you pitch them something, they say, ‘Oh that’s great, but have you thought about remaking this other thing?’ It’s a little bit harder out of Hollywood.

In response to the question of more fantasy projects from Henson Co., Henson said,
“After my father passed away, I had to put a good five years into reestablishing the Muppets brand, and also doing the TV series Dinosaurs, which was a multi-camera sitcom, even though it was puppets. So it’s been hard to circle back to fantasy.”

“When we made [sci-fi TV series] Farscape, that was more of the world building that went into making fantasy, but it’s still not the same exactly.” Henson continued. “We are working hard to get back into the fantasy area, but it’s tough working out of Hollywood. The whole thrust of the development for things like Lord of the Rings was through New Zealand, and the Harry Potter movies were all based out of the UK. It is a little bit tough, but yes I think we should be doing more than we’ve been doing.”

The last film made by Jim Henson, Labyrinth is nearly sacred to so many fantasy film 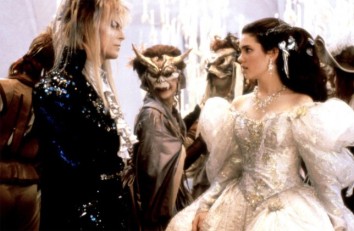 fans. For young girls watching the film, the strong female lead, which was sorely lacking in 1986, was a a rare occurrence. It was their Star Wars. Having wide appeal to both young and old with the iconic performance of David Bowie as the Goblin King, and the incredible work of Henson and the art of Brian Froud, the film enjoys a fan base of millions worldwide. Those strong leading roles combined with the fact it was also in a fantasy film gave Labyrinth the recipe for endurance it has enjoyed to this day. Both the Dark Crystal and Labyrinth were poor performers at the box office really hitting their mark in home video distribution, becoming and remaining successful fantasy cult classic films to this day.
So what’s upcoming?
Henson said, “We continue to develop around Labyrinth, just as we continue to develop around Dark Crystal. We will be very careful of what we actually make. For instance, you will never see us do any kind of remake of Labyrinth. It would have to be complimentary pieces within the world. And we are working on developing that.” One thing is clear — Brian Henson knows the special place this film has in the hearts of its fan, and will continue to do right by them.”

Deadline reported TriStar has set Fede Alvarez to direct a film that will delve into the universe Jim Henson hatched in the 1986 Jim Henson-directed cult classic Labyrinth. Alvarez told Deadline:
“Labyrinth is one of the seminal movies from my childhood that made me fall in love with filmmaking. I couldn’t be more thrilled to expand on Jim Henson’s mesmerizing universe and take a new generation of moviegoers back into the Labyrinth.”

Without a doubt, Bowie’s character Jareth, will not be part of this. The film is a co-production between TriStar Pictures and the Jim Henson Co. with Alvarez and Basu writing the script. Lisa Henson of the Henson Co. will produce, and Nicole Brown will oversee for TriStar.
Both Alvarez and Basu are in production now with “The Girl in the Spider’s Web” and will be starting on the world of the Labyrinth after its completion.
Stay tuned for more information and updates.