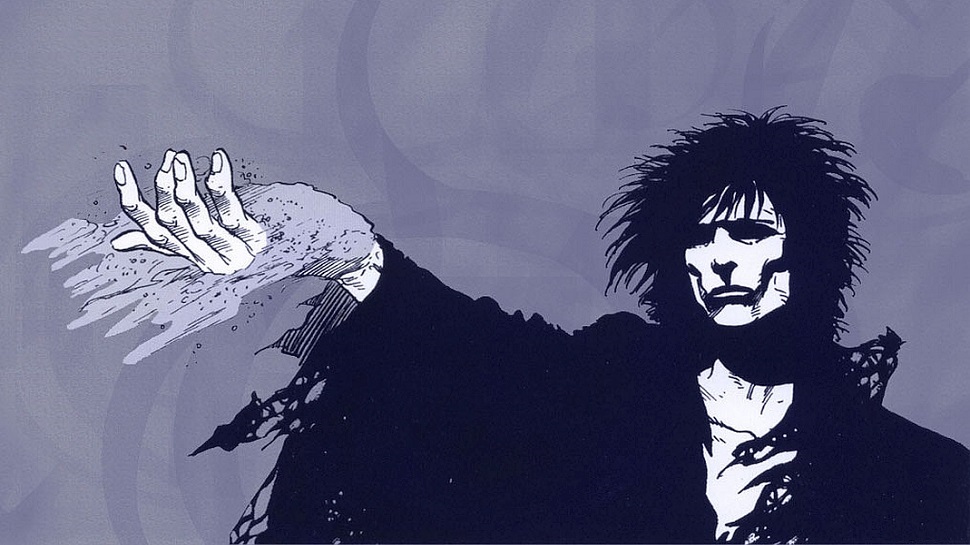 The Success of American Gods may bring Sandman to Television 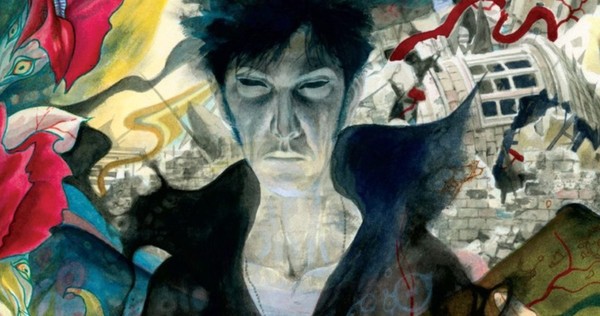 Of all the yet-to-be-made comic to film adaptions that are still out there, DC/Vertigo has a hidden gem. Neil Gaiman’s Sandman comic is getting a closer look by Brian Fuller and Michael Green, the showrunners for American Gods. Both are very open to the idea of taking on the most treasured opus of Gaiman’s epic fantasy DC comic. The Sandman is the flagship comic for DC’s Vertigo adult line. Last month Fuller was very adamant in his response to a tweet by Yahoo TV after they interviewed Fuller, Green and Gaiman about American Gods.

Various film and television versions of Sandman have been in attempted development since the 1990s. In a panel at the San Diego Comic-Con in 2016 Gaiman remarked that “[he’d] rather see no Sandman movie made than a bad Sandman movie.”

The good news in this bad news for Sandman the movie, was that in March 2016, New Line Cinema’s adaptation was cancelled when director Joseph Gordon-Levitt and writer Eric Heisserer, left the production of the film almost simultaneously. They knew that it was best suited for televsion and writer Heisserer had this to say about his departure over a year ago:

“I had many conversations with Neil Gaiman on this, and I did a lot of work on the feature and came to the conclusion that the best version of this property exists as an HBO series or limited series, not as a feature film, not even as a trilogy. The structure of the feature film really doesn’t mesh with this. So I went back and said here’s the work that I’ve done. This isn’t where it should be. It needs to go to TV. So I talked myself out of a job!” 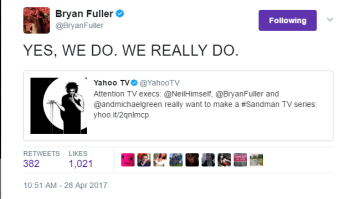 Could it be possible that a TV show is in the works? Alas no, not yet. The same creative minds currently behind American Gods, would love a chance at developing it. In an interview with Yahoo promoting American Gods, Gaiman said,  “I’m hoping that the success of American Gods will show Time Warner [owner of DC Comics] that maybe something as huge and shapeless and strange as Sandman would be best suited to television.”

American Gods may just be the vehicle that launches Sandman as great television entertainment. Gaiman and the team were enthusiastic when asked about taking the project and when asked how he felt about the dream like quality in episode  of American Gods Gaiman replied, “I think that the simplest answer is that each and everyone of us goes through our days with our eyes open experiencing the world as it is, and then we heid off to our beds and for eight hours or thereabouts we go stark staring mad and experience a world in which anything can happen and most things do. I love the fact that at the end of our lives we will have spent 1/3 of it off in our dream worlds and we had better give them some kind of importance and make them matter. That is part of the joy for me with working on American Gods, [the show] was writing the dream sequences.”

The History of Sandman

Sandman ran 75 issues between 1989 – 1996, becoming part of the publisher’s mature readers line Vertigo not long after it launched. Critically acclaimed, The Sandman was one of the first few graphic novels ever to be on the New York Times Best Seller list, and is believed by some to be the greatest comic book ever created. The Sandman is property of DC/Vertigo and as such, Gaiman does not get any input on how it’s adapted. Vertigo was acquired by New Line Cinema in 2015 for development of their impressive line up.

Morpheus is the personification of Dreams in a family known as The Endless, The Endless are Destiny, Death, Dream, Destruction, Desire, Despair, and Delirium  They have existed since the dawn of time and are thought to be among the most powerful beings in the universe. They are distinct from and supposedly more powerful than most gods. Dream is the protagonist of The Sandman series, but all of the Endless play major roles.The Endless are a somewhat dysfunctional family of seven siblings. They may appear in different forms, but usually have light skin and black hair, with the exception of redheads Destruction and Delirium. Their appearance can change to fit the expectations of others. When asked by Marco Polo if he is always so pale, Dream replies, “That depends on who’s watching.”.

Let this DC video below introduce you to the world of Sandman, a great overview with excellent detailed looks at the art of the series and great information on the writing and the artists who have teamed up in this creation.